The Beginner’s Guide to Making Sure Software is Secure

In the physical world, many people are on auto-pilot when it comes to security. They assume locking a door or arming an alarm system is enough. But in

Leasecake, an Orlando, Florida-based commercial real estate location-management platform, has been selected by Sola Salon Studios as its system-wide

Subsystems: The Best Way to Build a Scalable SaaS Platform

If you’re the CTO or lead developer at a SaaS company, there’s a good chance a visionary founder or excited marketing director already refers to your

The Sole Source of Truth for Finance Teams

Every CFO and controller strives to protect profit, avoid risk, and provide accurate financial statements. But delivering on all three is no small

Some people take a few weeks to get back up to speed after the holidays. But not our development team! That candy-cane-fueled crew jumped in before

SVI Corporate has never relocated one of its Palm Beach Tan locations or absorbed an unexpected rent increase due to missing a lease renewal date. 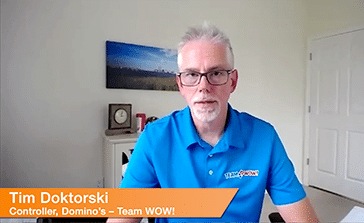 No More Lease Admin Angst For This Domino’s Franchisee

Before implementing Leasecake, Tim Doktorski used a spreadsheet to keep track of leases for about 35 Domino's locations. That was the best option he