No More Lease Admin Angst For This Domino’s Franchisee Before implementing Leasecake, Tim Doktorski used a spreadsheet to keep track of leases for about 35 Domino’s locations. That was the best option he had at the time — but it was like trying to bail out a leaky boat with a tiny cup.

Sooner or later, he was going to be in over his head.

“There was always some angst with dropping the ball,” said Tim, the controller for Team WOW!, which now operates more than 70 Domino’s stores in Colorado, California, and Texas. “So I found myself always reviewing that spreadsheet and it was like, this is just nuts. There’s got to be a better solution out there.”

That solution was Leasecake. And in this video, Tim talks about his experience with our software, how it gives him peace of mind, and who else at Team WOW! benefits from having access to the system.

If you’re looking for a way to simplify lease administration and abstract creation, then try Leasecake for free and see how it helps commercial real estate tenants, brokers, and landlords save time and money. 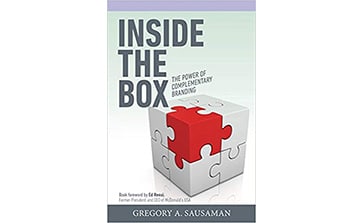 Complementary Branding: When the Sum Is Better Than Its Parts
Previous Article